Help Us Help Others- Boots for Food 2020 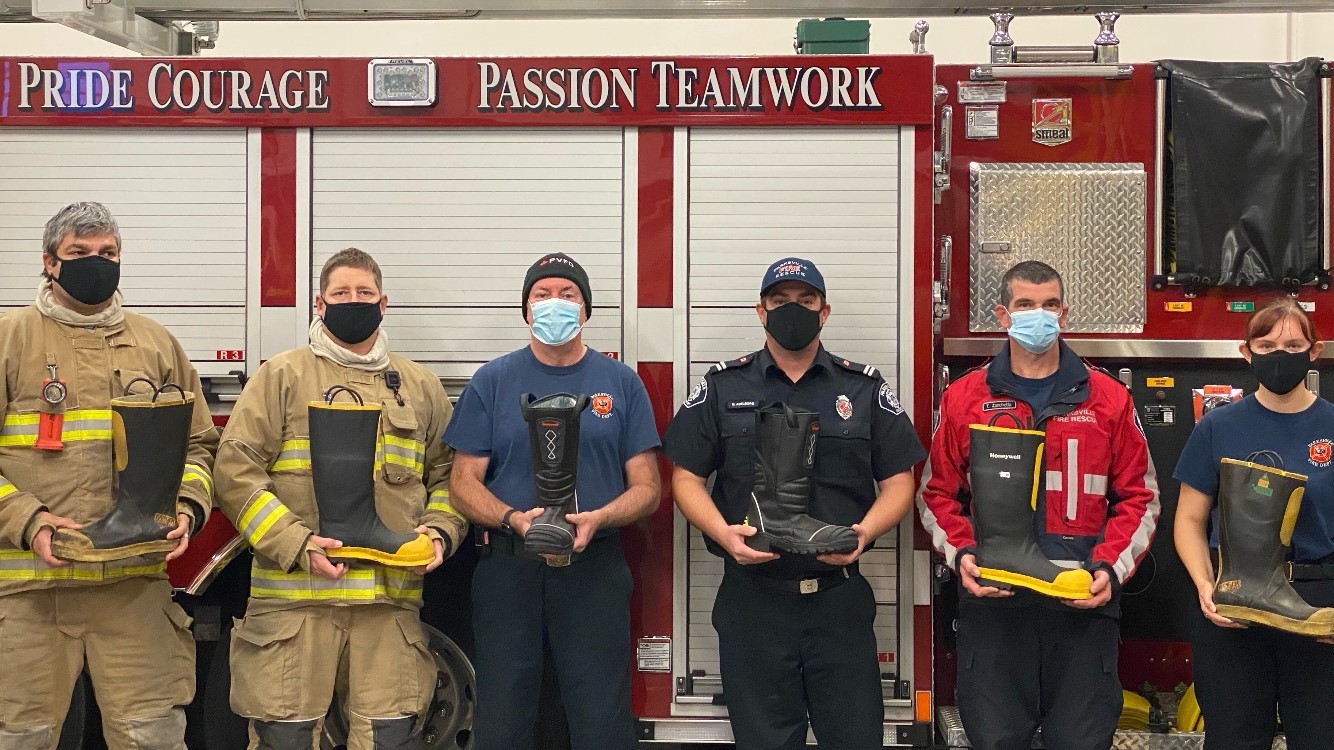 Due to the pandemic, this year's food and toy drive will look very different with no door-to-door neighbourhood collection. On November 14 and November 15, firefighters will be collecting cash donations only for the Salvation Army at locations throughout Oceanside, at their firehalls and some departments will also accept donations at their firehalls on Saturday, November 21. District 69 firefighters will shake the boots and look forward to another successful year. Residents should check with their local department for arrangements in your community.

CLICK HERE for more information on how and where each department is participating and how you can donate.

1998 The first food and toy drive for the Parksville Volunteer Fire Department food was held to help stock the Salvation Army's shelves for Christmas. In the inaugural year, 5,000 pounds of food were collected.

2000 12,182 pounds of food collected with the bulk of the donations used for Christmas hampers at the SOS and the remaining contributions used in the food bank and soup kitchen.

2001 26,000 pounds of food collected. This was a combined total of local departments including Parksville, Qualicum Beach and Dashwood Volunteer Fire Departments

2004 10,500 pounds of food collected by PVFD. The Salvation Army was able to provide 600 Christmas hampers helping over 1,400 men, women and children in the community.

2007 16,860 pounds of food collected by PVFD, a significant increase in donations and the best year to date. The Salvation Army Church kindly donated breakfast for members volunteering to collect donations door to door. This has now become an annual tradition.

2011 18,300 pounds collected by PVFD. After being the Parksville food and toy drive coordinator for about ten years, Scott Baillie passed the role to Liz Olson.

2012 21,080 pounds collected by PVFD. This was the first year Craig Bay Residents Association did their own collection as part of the PVFD food drive, collecting in excess of 3,000 pounds of food.

2015 A record year with 27,000 pounds of food and cash donations of $10,525. The cash donations go a long way to stocking shelves at the Salvation Army food bank. Quality Foods has been a huge supporter of the food drive since its inception doubled the value of the cash in-store when the food bank purchases food at their stores with the donated cash.

2017 By far the most successful food and toy drive in PVFD history with 38,870 pounds of food and $21,000 in cash. The efforts over the past three years to get stratas and apartments involved proved to be instrumental to the increasing success.

2018 This year's Food and Toy Drive was once again a tremendous success with 26,720 pounds of food collected and $27,217.30 in cash donations. This year marks twenty years of helping local families in need.